What Does Low-Fat Mean? Does Saturated Fat Cause Weight Gain? 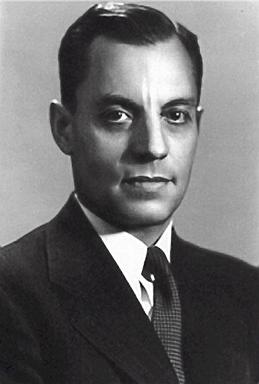 The Truth Behind the Low-Fat Misconception 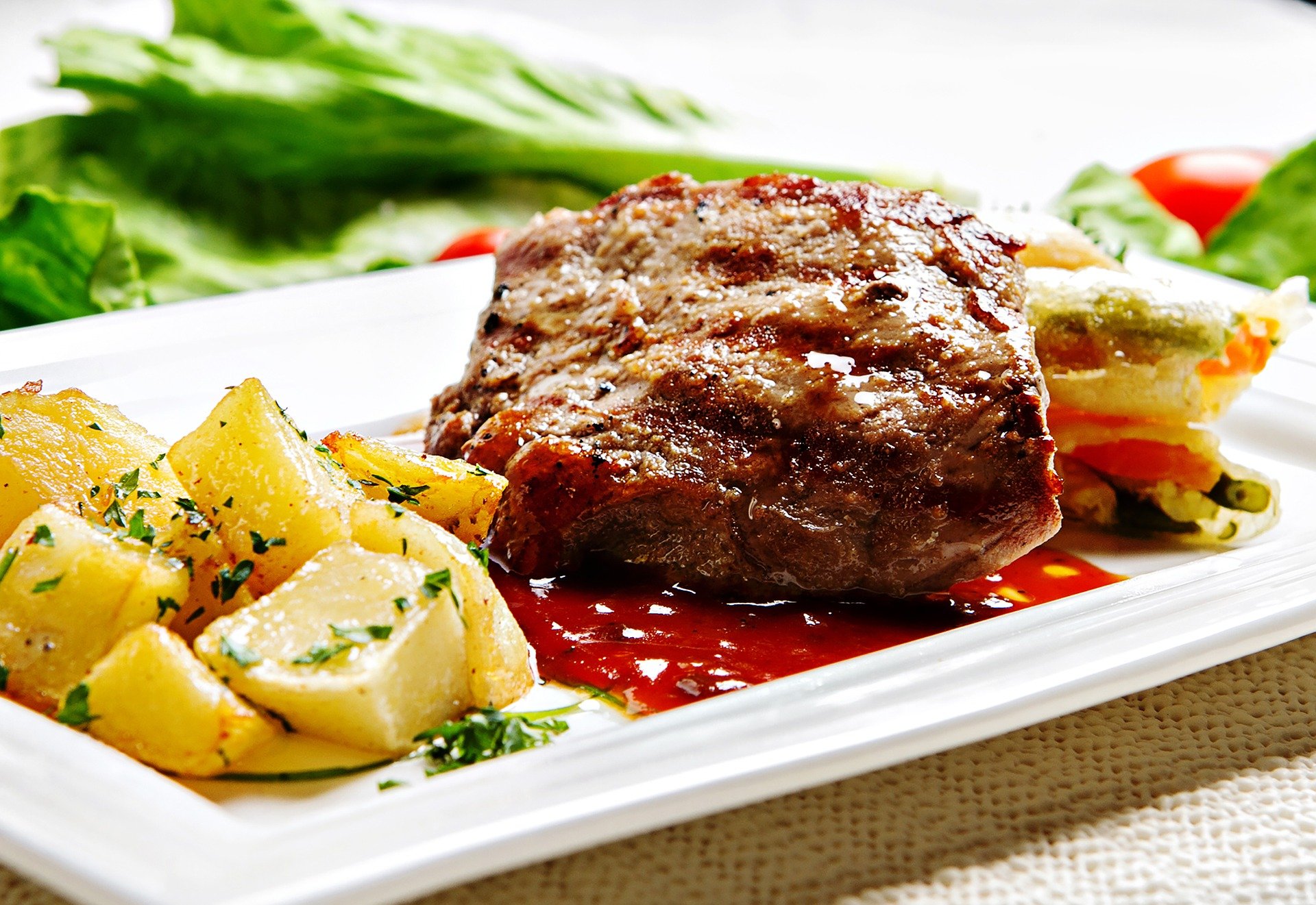 When you think back to old pictures of your grandparents or great grandparents, what do you remember? Were they skinny? What types of food were they eating? Did they work out?

Chances are you remember them having a very small figure but they were eating things like apple pie with a delicious crust made with butter, not Crisco. At that time, gyms were non-existent and no one even counted calories, so how did they maintain their tiny figures when 100 years later we’re facing an obesity epidemic where nearly 40% of the U.S. adult population is overweight?

At some point you were probably told that eating too much fat can make you obese and give you heart disease, but in reality, we’ve been eating fat as long as we’ve been on earth. So that can’t be the real problem, can it?

The “Key” to the Misinformation: Ancel KeysAncel Keys was an American scientist who studied heart disease in the 1950’s, in particular, he studied why heart disease was not a problem three decades prior but is now the number one killer in America. Sounds like he had good intentions, but this couldn’t be further from the truth.

Keys hypothesized that countries with a higher saturated fat intake would have more deaths from obesity and heart disease. He collected data on deaths from coronary heart disease and fat consumption from 22 countries but then cherry picked the data from just 7 of the countries. This “Seven Countries Study” is a highly criticised analysis because it seems as though he chose these 7 countries because he knew it would support his hypothesis.

Keys decided to leave out two very important groups from this study:

The graph below shows Ancel Keys’ Seven Countries Study. From the graph it seems obvious that the amount of fat directly correlates to the number of deaths from heart disease. Even if you pushed aside the fact that he left out two very important groups, this graph still doesn’t account for any other environmental variables such as smoking, sugar intake, air pollution and other lifestyle choices. 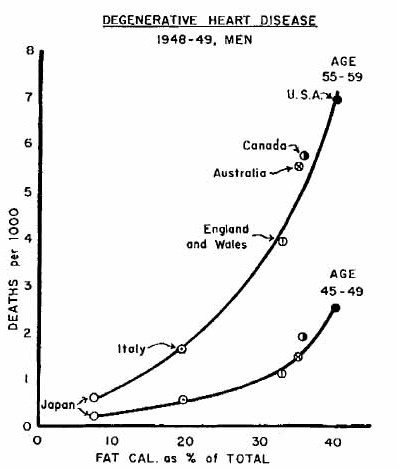 The graphs below shows the data from all of the countries that should have been included in the study. As you can see, this graph does not conclude that the countries with the highest fat intake also have the most deaths from heart disease. 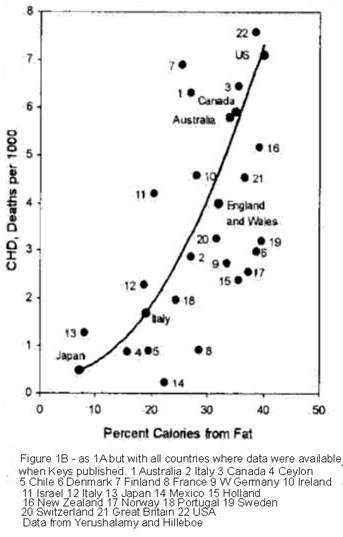 Another highly criticised problem with Ancel Keys is that he never addressed sugar as a possible cause of heart disease. John Yudkin, however, wrote a book in 1972 called Pure, White and Deadly that proved that sugar is toxic to our bodies, and how it can even cause heart disease. But, that was pushed aside by the general public because they all believe Ancel Keys’ study and instead we created a low-fat market that was very detrimental to our health.

How Low Fat Foods Took Over the Market

Ancel Keys then became part of the American Heart Association and his misleading study was used to persuade consumers to avoid saturated fat. Now, consumers believed that fatty foods were bad for them so manufacturers had to cater to these wants and began to release thousands of fat free or low-fat products to stay competitive with naturally low-fat products. 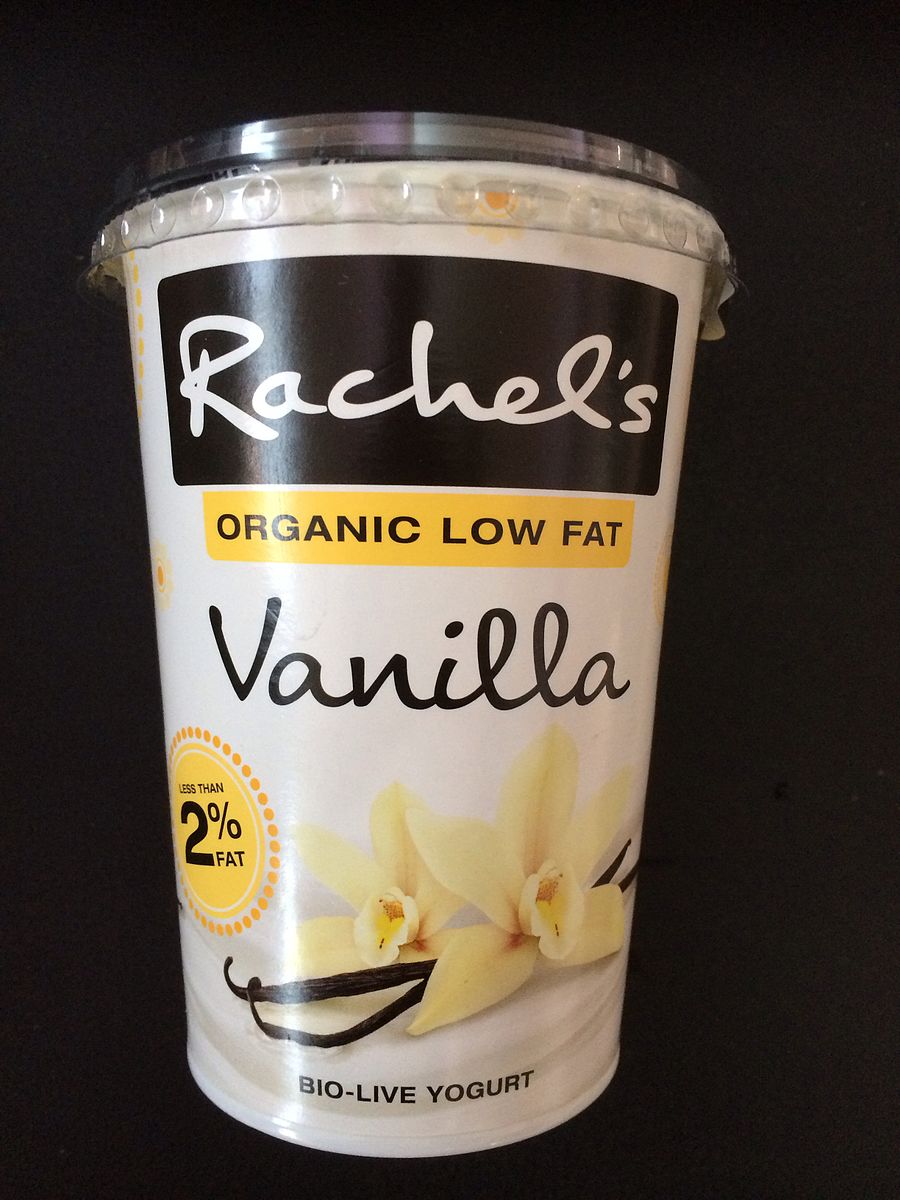 However, when you take fat out of a product that contains fat, it has to be substituted with another item so it retains the same taste and texture. This meant companies were now filling their “low-fat” foods with items like corn, refined flours, rice, and potatoes, but most importantly, sugar was added to improve the taste.

Since the high sugar content of these products causes your blood sugar levels to spike, it can cause more fat storage, insulin resistance, and therefore cause type 2 diabetes and heart disease.
So, the recommendation that Ancel Keys made to fix heart disease and obesity is actually causing it.

When someone’s diet primarily consists of carbs (from sugars, breads or grains) and very little fat, their insulin levels will be constantly high, causing them to be very hungry… which makes them eat more!

So, just because something is high in “fat” doesn’t necessarily mean it will make you fat. For example, a bag of sugar would technically be “fat free” but eating it can lead to fat storage and disease. Avocados on the other hand are high in fat and actually promote weight loss. Do you see how this can be very misleading? 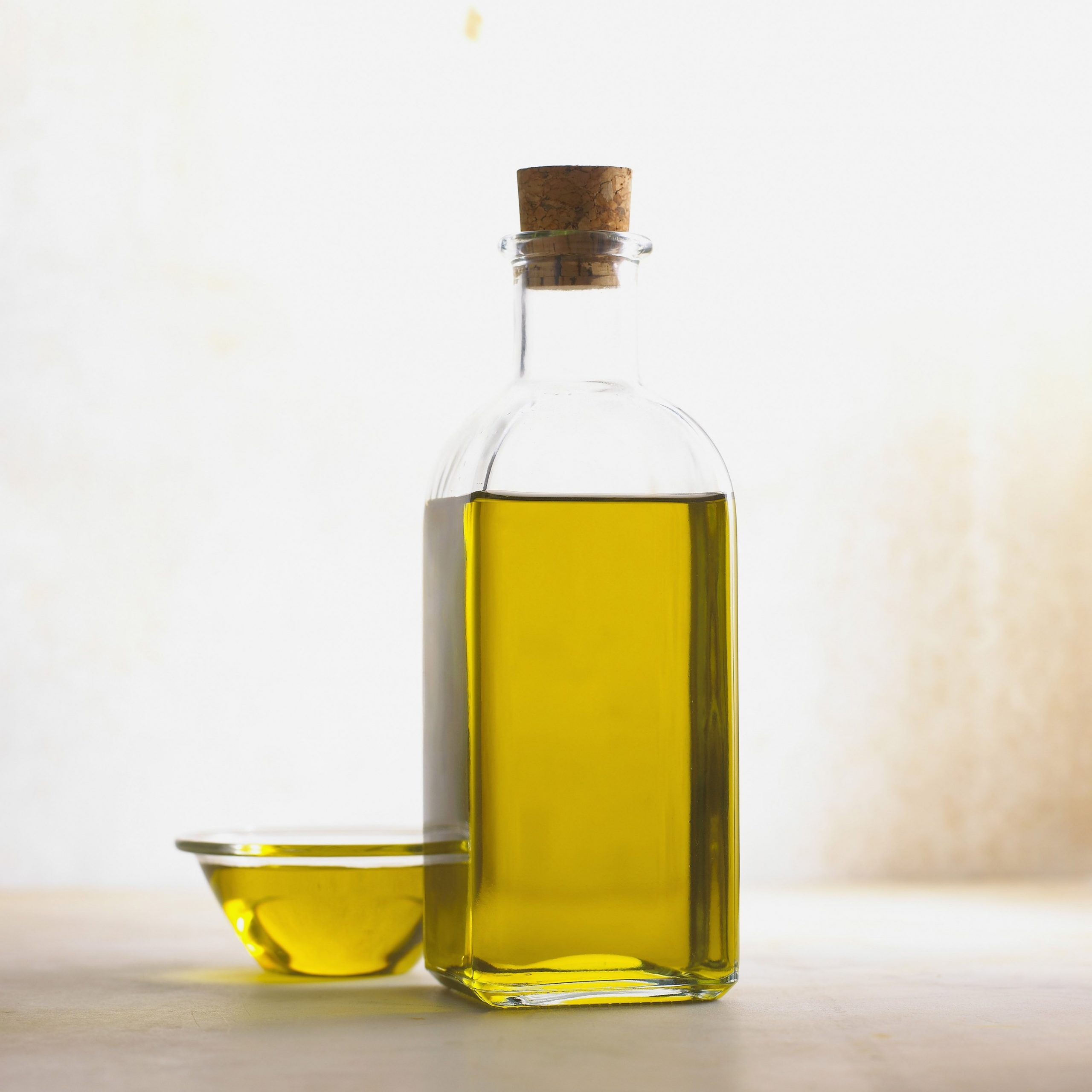 The Danger Of Vegetable OilsWhen we were told to stop eating butter and lard because of their fat content, vegetable oils and fake butter came to the rescue and gave us a way to cook tasty meals without butter. Only problem – these oils are extracted in such an unhealthy way and were not tested long enough before they were sold to the consumer.

Vegetable oils (which actually don’t contain even one vegetable) are actually linked to most of the issues Ancel Keys was researching and trying to prevent including cancer, heart disease, and weight gain. These vegetables oils were created as a cheap substitution for fats and are used in most of our processed foods. So, if you think the Lean Cuisine lunches are healthy, you might want to double check the label and choose to make your own lunch from scratch instead!

Recommended for you >> Cooking Oils and Butters You Should Never Eat 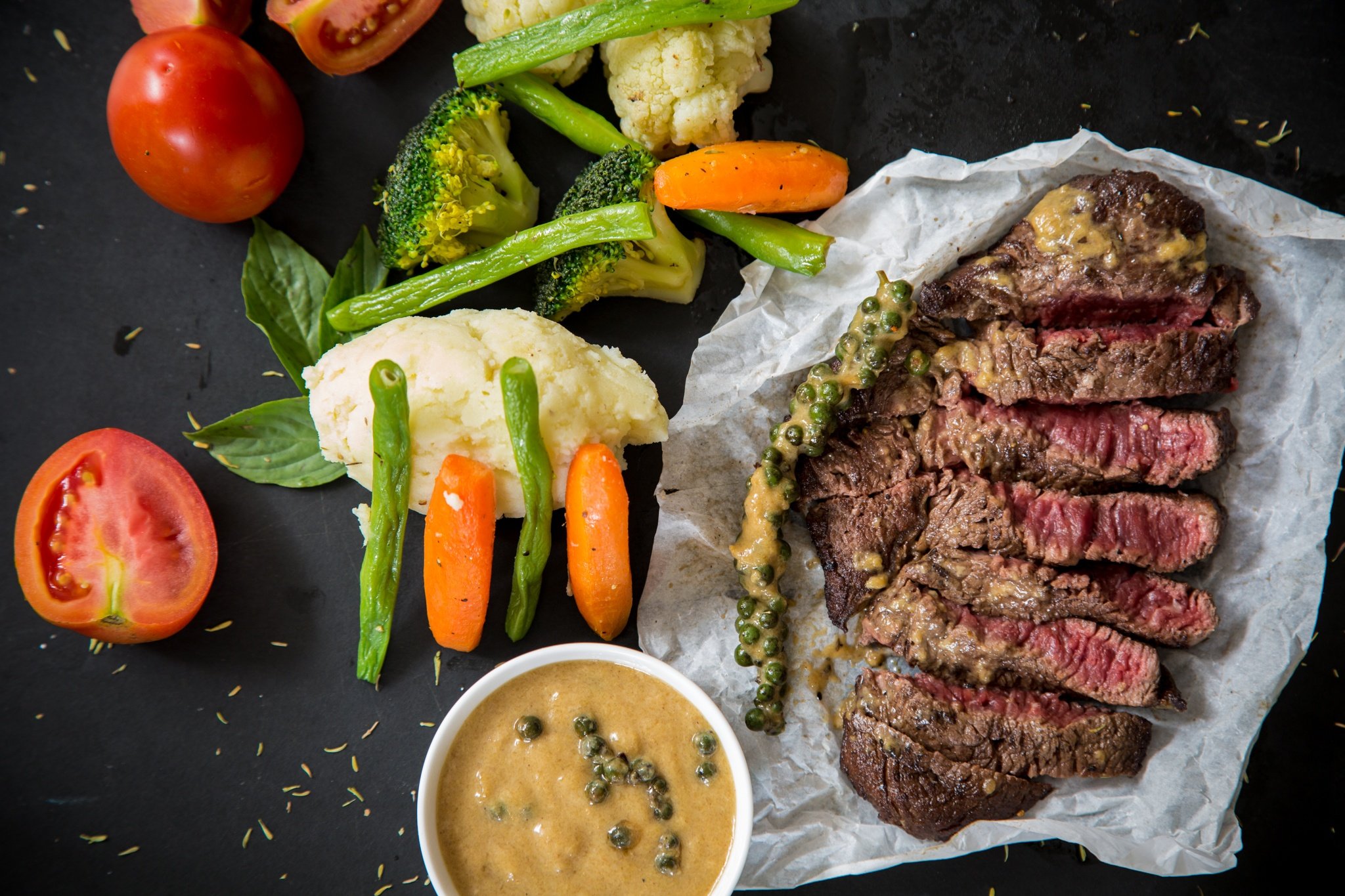 REAL Stats on Saturated Fat
Not only are saturated fats not the problem we thought they were, but they are actually essential for us to function properly because we are made of fat. If we’re avoiding saturated fat, it can actually be problematic.

Now, we’re not saying to eat a diet only consisting of saturated fat, but you should no longer be afraid to eat it! Don’t skip out on the butter or steak because you’re worried about the fat content, but by all means, stop buying any products that are marketed as “low-fat”. Just make sure your diet consists of an array of different whole foods including vegetables, fruits, nuts, whole grains and proteins for a well balanced diet.

When Ancel was studying fats in the diet in the 60’s, fats and oils supplied around 45% of calories, approximately 13% of adults were obese and under 1% had type 2 diabetes.

Today, we’re ingesting less fats. Fats and oils supply around 33% calories and yet 34% of adults are obese and 11% have diabetes.

Seems like we were given some bad advice, eh?